The amazingly wide variety of seafood species in each season

Lying North and South , Japan is rich in marine resources aswarm currents meet cold currents in its exclusive economic zone, and because there are distinct, changing seasons.

Rich fishing grounds are formed where warm currents meet cold
Cold-water and warm-water fish abound as warm and cold current meet near Japan. The tide patterns formed b the collision of two sea currents attack numerous fish as large quantities of plankton live in the tide. 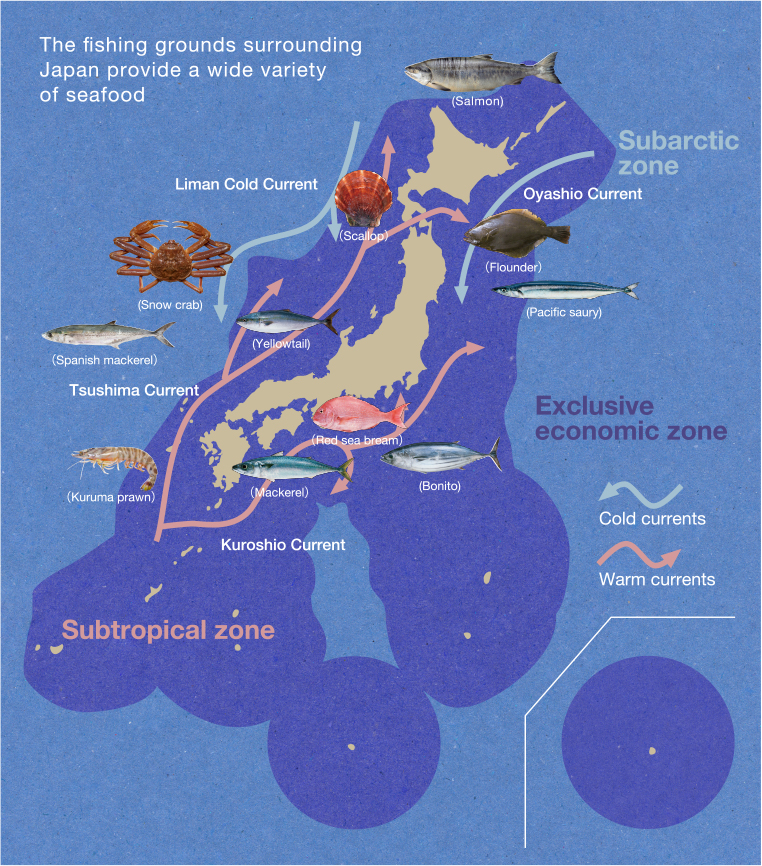 Fish from season to season

Some fish move actively in warmer seasons, and others store fat in their bodies in cold seasons. Seafood change in taste according to the season. Thus, you can appreciate the best taste when fish are in season.Some Japanese words specifying certain types of fish contain a part of a Chinese character representing the season. This indicates how important it is for Japanese to eat seafood in their season. 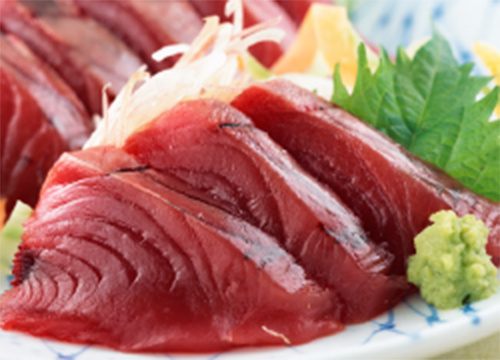 Katsuo (Bonito):
Hatsuo-Gatsuo, caught in spring and early summer, is valaued as a seasonal fish. 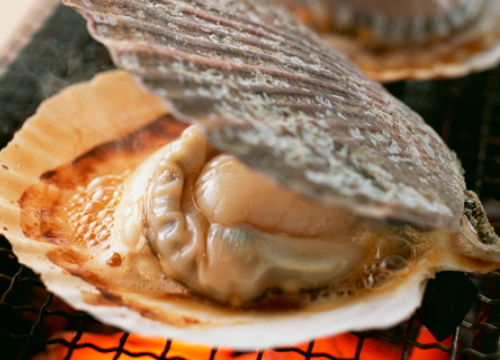 Hotate (scallop):
Most delicious in winter and spring before the spawning season, especially, around March. 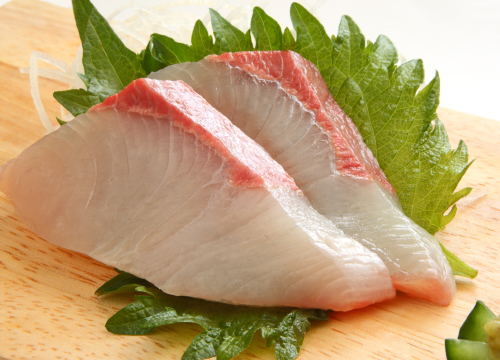 Kanpachi(amberjack):
Summer fish living in warm water in the main island and the south sea. 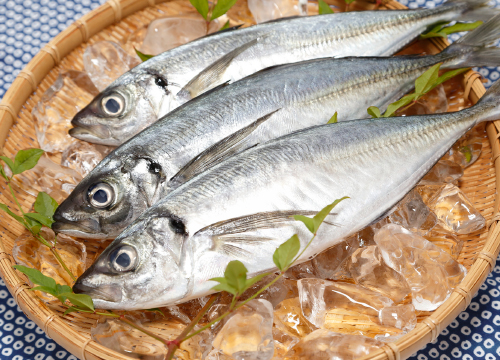 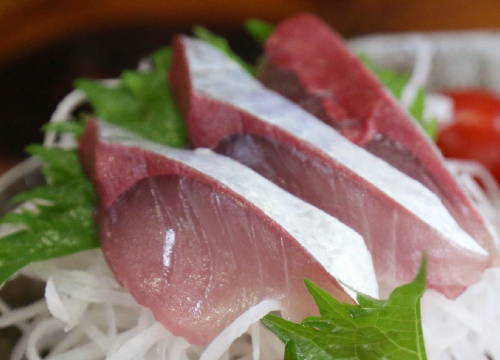 Saba (mackerel):
Mackerel caught in autumn is fattier, and loved nationwide because of its great taste. Sashimi (raw slices) of “Just harvested” fresh mackerel is a delicacy too. 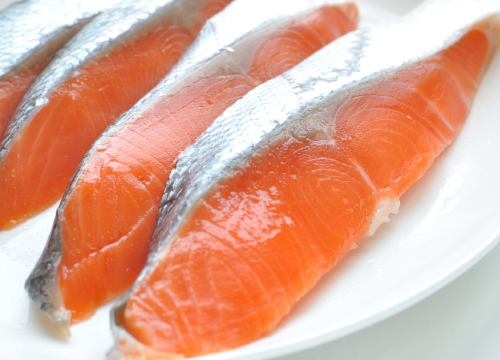 Sake (chum salmon):
Young salmon migrate to the sea where they mature, and return to the rivers in autumn to spawn. 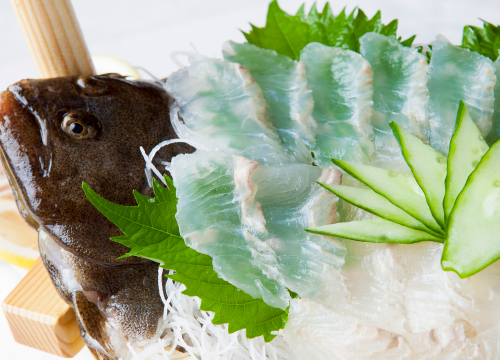 Hirame (flounder):
In particular, winter season flounder, so-called “Kanbirame” in January and February, is rich in fat with light and exquisite taste.

Buri (yellowtail):
Gains weight with firm meat in preparation for the spawning time in spring, and has a special taste in winter.