Surrounded by healthy seas with abundant marine resources, Japan is blessed with highly productive brackish waters and tides.
Its land lies north and south, and with distinct four seasons, offers a wide variety of marine products from regions across the country.
“Seafood eating culture”, however, does not simply mean that the people eat a lot of seafood. Instead, the culture is developed by fishing technologies; experts capable of evaluating fish quality; tools such as special fish knife; various kinds of foods created by using a wide diversity of cooking methods; and advanced processing and preservation technologies.
“Seafood eating culture” includes the wisdom and the knowledge that has been handed down from generation to generation.
For further development of its food culture, Japan is set to communicate to the world its seafood culture, developed throughout the country’s history, through exports of marine products.

Seafood and seaweed provide a rich supply of calcium, minerals, vitamins, and other nutrients. Specifically, DHA and EPA contained in unsaturated fatty acids in fish are said to make the blood fluent and clean, help prevent blood clots, as well as improve brain functions for memory and learning capabilities and prevent dementia, In addition, the development of Japanese custom of eating raw fish by catching them fresh is said to help make Japan one of the countries with the longest life expectancies in the world through taking raw enzymes and nutrition in them. 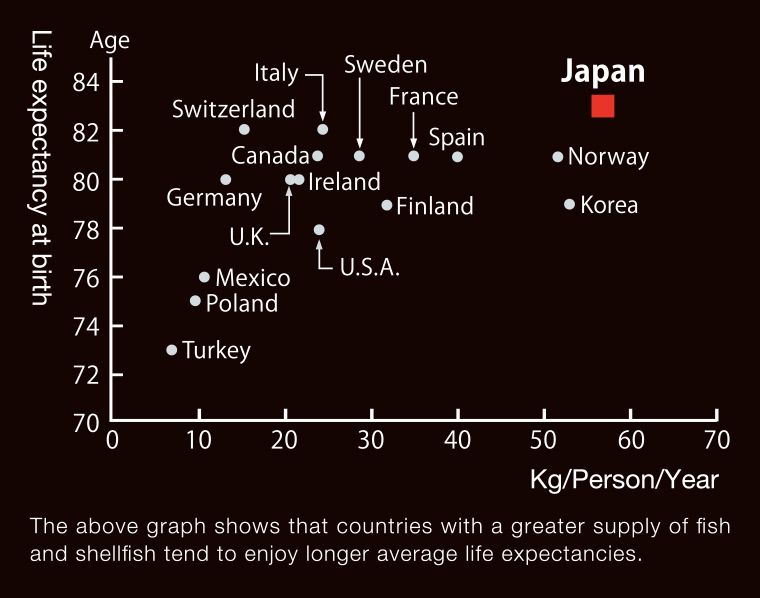 Surrounded by seas rich in fresh fish and shellfish, Japan has seen the development of a variety of recipe using fresh seafood. Today, the custom of eating raw marine products is deep rooted in the Japanese culture. In the Edo period, nigirizushi (sushi shaped by hand) was born as techniques were developed to improve the preservation of food and draw out its original deliciousness. Sushi is one of the best ways of eating seafood—something that Japanese are proud of in today’s world. You can enjoy the Japanese culture of eating raw food based on advanced preservation technology. 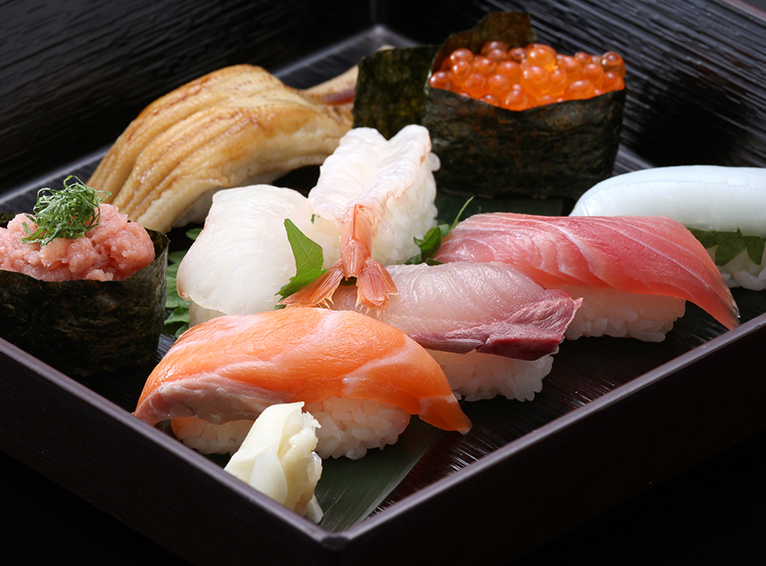